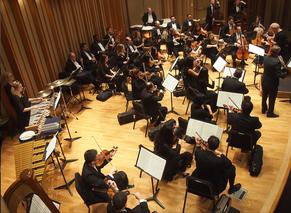 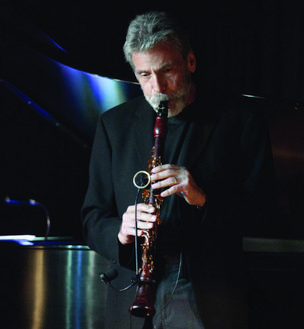 Eddie Daniels, The Angelo Duo, Bernard Rubinstein and the Hollywood Chamber Orchestra will present a most exciting program and look forward to seeing you all in Napa Valley on Thursday, September 29, and in San Francisco on Friday, September 30. 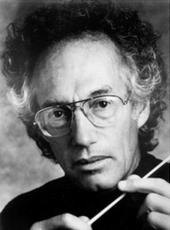 The Hollywood Chamber Orchestra, led by concertmaster Mark Robertson, recently gave the world premiere of the documentary film Blackfish, live to picture, at the Montalbán Theater in Hollywood with Emmy-winning composer/conductor Jeff Beal. In addition, recent soloists and conductors have included Lucas Richman, Dale Clevenger, Martin Chalifour, Benjamin Loeb, Anthony Parnther, Andrew Bain, and Sarah Chang.  Members of the orchestra are involved daily with recording sessions in the Hollywood studio industry, including television shows such as House of Cards, Penny Dreadful, and Galavant; and the recent films Hands of Stone, The Boss, Beartrek, and Ride Along 2.

Richard Mathiasworks as a freelance woodwind doubler (clarinets, saxophones & flutes) with several Bay Area theater companies, jazz ensembles, orchestras, and chamber groups. He has been a member of the contemporary chamber ensemble Sounds New, and currently performs with the Albatross Clarinet Quartet, Royal Society Jazz Orchestra, and the Cartoon Jazz Orchestra. Recent performances as clarinetist/saxophonist include West Edge Opera’s productions of Alban Berg’s Lulu and Thomas Adès’ Powder Her Face. He is currently mid-run with Center Repertory Company’s It Shoulda Been You. Richard is on the music faculty of the Branson School in Ross.

Leanne Rees and Egils Strame have teamed together to create accessible jazz-inspired classical music for the 21st Century and present it to today's audiences for all to enjoy. 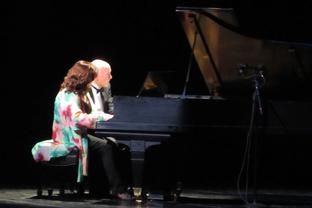 The Angelo Piano Duo - An Australian and American ensemble based in San Francisco, the Angelo Duo is known for concerts that feature diverse musical styles. Alumni of the San Francisco Conservatory of Music (SFCM), The Angelo Duo’s international career includes performances in Australia, England, Italy, Latvia, Lithuania, Russia, Ukraine, and the United States. In 2002, The California Arts Council selected the Angelo Piano Duo as roster artists for their Directory of Touring Artists and, in 2004, Catherine and Anthony were the recipients of the Mill Valley Art Commission’s Milley Award for Achievement in the Musical Arts.

Eddie Daniels is that rarest of rare musicians who is not only equally at home in both jazz and classical music, but excels at both with breathtaking virtuosity.

Expert testimony from the jazz world comes from eminent jazz critic, Leonard Feather, who said of Eddie, “It is a rare event in jazz where one man can all but reinvent an instrument bringing it to a new stage of revolution.”
From the classical side, Leonard Bernstein said, “Eddie Daniels combines elegance and virtuosity in a way that make s me remember Arthur Rubenstein. He is a thoroughly well-bred demon.”  Eddie fist came to the attention of the jazz audience as a tenor saxophonist with the Thad Jones Mel Lewis Orchestra. When Thad and Mel first organized their band in 1966 to -lay Monday nights at the village Vanguard in Ne wYork (where it still plays today_), Eddie was one of the first musicians they called. Later that year, he sank $400 in a round-trip ticket to Vienna to enter the International Competition for Modern Jazz. a contest organized by the pianist Fredrich Gulda and sponsored by the city of Vienna, and won first prize on saxophone. He continued working with Thad and Mel over the next several years and toured Europe extensively with them.

Leanne Rees, from California’s Santa Clara Valley, began her piano studies at the age of 4.  She soloed with the San Jose Symphony Orchestra with Gastone Usigli at the age of 9 and with conductor Sandor Salgo of the Bach Festival Orchestra at the age of 13, returning as an adult to perform with conductor George Cleve.  A graduate of Stanford University, she continued her piano study with pianist/composer Allen Ferguson and later with Sylvia Jenkins and Adolph Baller, and in Washington DC with Thomas Mastroianni.  She has performed extensively in California.  Since moving to the Washington D. C. area, Ms. Rees performed with numerous chamber ensembles and was honored by Washingtonian magazine as one of 28 leading women performers.

A trailblazer in the development of works by women composers, Leanne Rees researched, commissioned and performed works of women throughout the United States and Europe.  She performed with the National Symphony for the opening of the National Museum of Women in the Arts in Washington DC; in the Dumbarton Concert Series; at the Embassies of the Federal Republic of Germany and India; for the International Monetary Fund; the San Francisco War Memorial & Performing Arts Center; the Piccolo Spoleto Festival in South Carolina; the Kennedy Center; and at colleges and universities throughout the US.  She was a featured artist for the Steinway Society Bay Area concert series at San Jose’s Le Petit Trianon Theatre, and has performed at Villa Montalvo, the San Jose Center for the Performing Arts, and at the San Jose Civic Auditorium in California.  She performed at the Palace Theatre in Hilo, Hawaii and in Italy’s Amalfi Coast Music Festival. Leanne played to an enthusiastic full house at Weill Recital Hall at Carnegie Hall in New York City.

Leanne Rees has composed the music for a theatrical production of Shirley Jackson’s Haunting of Hill House, as well as a two-piano arrangement of Love Songs by Cole Porter and Jerome Kern, an electronic piece Moonscape, and Reflections—Nocturne for Two Pianos.  Her composition for piano, Funky Tango, was chosen to be presented in concert by The Capital Composers Alliance in Washington D. C.  Leanne’s recordings include Music by American Women Composers by Bravura Recordings and Women Composers and the Men in Their Lives, which was released under the Fleur de Son Classics label and made it to the final ballot for a Grammy Award.  Her CD Crosswinds: Classical & Jazz, also under the Fleur de Son Classical label, is a collection of classical and jazz greats. 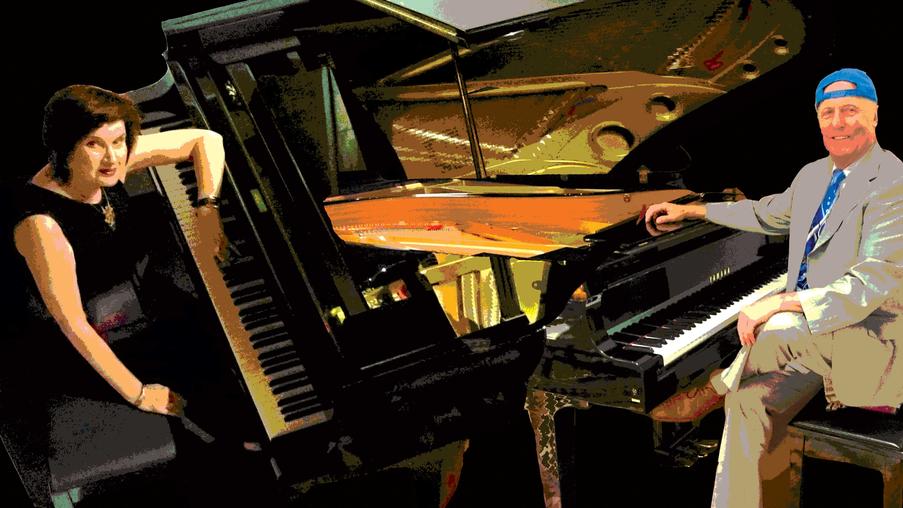 Bernard Rubenstein  has held many important conducting posts, including Music Directorships of the Fargo-Moorhead Symphony Orchestra and the Tulsa Philharmonic, orchestras he developed with the energy and expertise that made them such an outstanding ensembles. Rubenstein was also Associate Conductor of the Cincinnati Symphony Orchestra and Music Director of the San Juan Symphony, an outstanding regional ensemble that performed in two cities in adjacent States: Durango, Colorado and Farmington, New Mexico.

He has guest conducted orchestras and operas in Chicago, St. Louis, Pittsburgh, Milwaukee, Hartford, St. Paul, Austin, Detroit, Los Angeles, Santa Barbara, and San Antonio, in addition to appearances in Canada, Central America, Mexico, Europe and Asia. Rubenstein's work in Latin American and the Caribbean, include concerts in Peru, Mexico, Costa Rica and Puerto Rico. He has made over  ten conducting visits to Cuba working with the Camerata Romeu, the Orquesta Sinfónica Nacional in Havana and the Orquesta Sinfónica de Oriente in Santiago de Cuba. Rubenstein has conducted repeat performances of the Grammy nominated CD, The Five Seasons with clarinetist Eddie Daniels and the Los Angeles Chamber Orchestra.

Other notable performances include concerts with the Cosmopolitan Symphony Orchestra at New York’s Town Hall; concerts in Germany with the Bamberg Chamber Orchestra; the Symphony Orchestra of Bilbao, Spain; the Hamilton Philharmonic in Canada; the American Composers Orchestra at Carnegie Hall; the Anchorage Symphony in Alaska; the Breckenridge Chamber Orchestra in Colorado; the Santa Barbara Symphony with renowned pianist Alicia de Larrocha; and the League of Composers - ISCM “Then and Now” series at New York's Lincoln Center. The Santa Fe Opera re-engaged Rubenstein as Music Director for the The Beggar’s Opera, following his conducting of their highly successful production of Benjamin Britten’s opera, Noah’s Flood. Chosen by the United States State Department as a cultural specialist, Rubenstein guest conducted the Mongolian  National Opera in the first all-Asian performances of George Gershwin’s opera, Porgy and Bess.

A Fulbright award and Martha Baird Rockefeller grant took Rubenstein to Europe where he conducted for the Frankfurt Opera, the Warsaw Philharmonic, the Vienna Tonkünstler Orchestra, the Jerusalem Symphony, and the radio orchestras of Austria, Berlin, Frankfurt and Cologne. After receiving recognition as a prize winner in the international conducting competition “Serate Musicale Fiorentino” in Florence, Italy, Rubenstein was chosen as a conductor with the Stuttgart Opera.

Rubenstein graduated with distinction from the Eastman School of Music and received his Master’s degree from Yale University School of Music. Among his teachers are the eminent conductors Max Rudolf, Rafael Kubelik, William Steinberg, Franco Ferrara, Michael Gielen, and Pierre Boulez.

I had the opportunity to follow talented composer and performer Mr Egīls Straume’s creative activity for more than 40 years. He performed on more than 50 CD’s and LP’s from classical to jazz. Most known are “Laudamus Te” and “INRI “ on CD — Latvian Sacral Music for mixed choir, with soloist’s: Manheim Opera soprano Inese Galante and Stockholm Opera tenor Ingus Petersons, orchestra and organ. His Concerto for Clarinet, Piano and Orchestra was performed at the Ministry of Culture and
Gnesins’ Academy of Music Hall in Moscow. His World Premiere of “Shepherd on the Hill So High”— a concerto for bagpipe, organ and symphony orchestra, was commissioned by Lincolnshire County Council, and took place in Lincoln Cathedral (UK) in 2004. His composition “In Memoriam of Ferryboat Estonia “ for flute, violoncello and harpsichord, was recorded on CD in Helsinki. I myself commissioned Mr. Straume to write a concerto “ Rigai” for mixed choir, tenor saxophone, vocal, jazz sextet, and jazz trio in 1998; and a massive vocal instrumental sacral composition “Miserere Nobis” in 2013 for mixed choir, orchestra, soprano, violin and flute. His concerto “Ch +Ch - Challenger + Chernobyl” for piano duo, alto saxophone and orchestra was performed in the
Zagreb Bienale 1987. His Concerto for Bassoon and Symphony Orchestra with soloist Andris Arnicans (World’s #1 bassoon player) had its World Premiere at P.I. Tchaikovsky Hall in Moscow, as well as his Violin Concerto with soloist Uldis Sprúdžs. Variations on a Latvian Folk Song “Aiz ezera balti bérzi” for piano duo was performed twice in San Francisco 2009 and 2014 in the International Salkind Piano Duo Festival. His Composition for Alto Saxophone and Piano Duo was performed in Scheremetjevo Palace St. Peterborough (Russia) by the Angelo Piano Duo (USA). His Sacral composition “Adoramus Te “ - Latin
Liturgy Holy Bible - for mixed choir, soprano, mezzo soprano, tenor, baritone, and orchestra was performed at the first sacred music festival in Latvia by the State Choir “Latvia” in 1998.

As far as I know, his last commissioned compositions are for piano solo “Source of Light and Love” in 2014 and “Lake Energy” in 2015. Mr Egīls Straume is an internationally acclaimed composer and brilliant performing artist. His compositions are unique because of the setting of instruments he uses—adding greatly to World Music Literature.

An Evening of Jazz-Inspired Classical Music

presented by Music is the Way